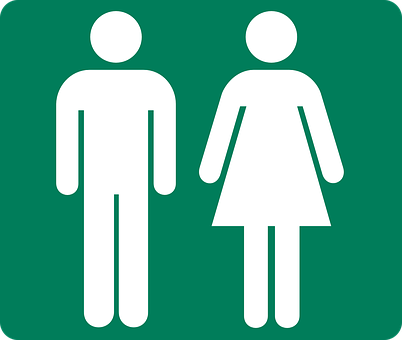 GENDER PARITY in access to schooling is a frequent discourse shared by the Sustainable Development Goals (SDG). In last two decades, Most of the countries have taken a broad range of initiatives to achieve equal participation of female and male pupils in secondary and primary education. Nevertheless, positive changes in quality and number are still lagging behind the SDG targets. 42.5% of girls attended college in South Asia in 1992. In 2012, the scenario remained unchanged. However, trying to achieve gender equality only by raising equal number of participation of boys and girls doesn’t help achieve the original goal.

Equal number of involvement of both sex in schooling surely defines equivalent right in access to education. However, the notion of gender parity lies within an individual psychology and activities correlated to the psychology. Increased enrollment of female student in education does not automatically ensures gender equality. Lots of people see girls participation as an important tool to get rid of social stigma which doesn’t necessarily change the age-old mindset about gender equity and equality. Such mindset is absent among the majority of the women, and women of next generation. Because of this, the number of female participation has remained nearly unchanged during the period. Changing this psychology requires adopting an intricate pathway of learning and understanding the requirement of both sex and practicing in real life. Actions, in agreement with sustained ideological shift of equal gender role, increases the odds of creating protracted timeline of continued gender equality. Therefore, psychological change is one of the cardinal components to bring expected change in gender parity. Access to education may ensure women’s right to education but access to sex equal mindset can ensure women’s right not only in education but in all walks of life.

Designing such catchy pathway to guarantee gender equality is not easy. Gender issues are perceived differently among female and male students. Unique ideas will need to be evolved to penetrate typical notion of sex role built over time in patriarchy. Gender issues should be addressed separately among male and female students as the perception of gender roles differs from male to female. Generic description of sex equality in textbook isn’t sufficient if it does not excite the preset psychology to deliver the anticipated changes. Contemporary curricula need be restructured with evolving gender issues and ideas of gender role and equality in office to bring the positive psychological change.

When the change is made, the group of thoughts can be put into place through practical actions. Adopting psychological change and practicing equal gender roles must run in parallel. A positive psychological change in sex equality can be carried forward though prolonged course of activities in the society. If necessary, school-going students can be taught in various ways than the female students as gender role is affected by patriarchal ideology. On the other hand, school-going female students have to be introduced with gender education and innovative ideas to increase their voice in patriarchy. A comprehensive and inclusive approach is compulsory to teach and preach both gender about gender role, issues, equity and equality.

If such sex neutral mentally evolves and sustains through generations, the opportunity for bringing positive changes with gender neutral role will be greater. This ideological shift reminds us about Dr. Amartya Sen’s Capability Approach that emphasis on ideological change by taking free choice to control quality of life. The psychological development of gender equality brings similar effect to make independent decision on gender role. The capability of earning gender neutral decision includes ideological changes and practices through joint actions.

The thought of raising female participation among school-going children will see the daylight just we have the ability to change psychological construction of school-going pupils from the early phase of life and transfers these changes through generations. The need of increasing female participation should be addressed among male students, and future generation as well. The process needs to be customized so. Any overarching approach for gender neutrality could be counterproductive and ineffective. Increased variety of female students may depict access to education, but not access to gender equal world.

Equal access to education for both female and male students is just one of the perquisites to guarantee gender neutral world. However, access to education without ideological change may hinder the progress of ensuring gender parity. School-going female students may take female participation higher but this does not necessarily guarantees gender parity in society. True equality lies within gender neutral behaviour and practice instead of equal involvement of both genders. This report draws attention to the need of accentuating gender equality through altering gender notions, rather than emphasizing on equal participation of female and male students. More questions can be answered at Hillsboro Beach Wildlife Removal