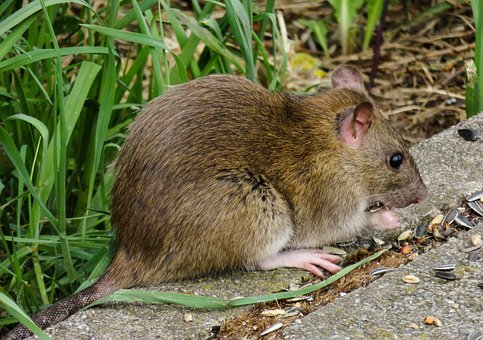 Wild rats are mammals that belong to the rodent family. Bearing the scientific name Rattus norvegicus, they are common all over the world. They are adaptable to any climate. Founded in Asia, they spread across the world, mostly onboard ships. It is believed that there are as many rats as people in the world.

They’re like but normally larger than mice. They are omnivores and can eat almost anything. They feed on a variety of items including plant and animal materials. They nest in burrows or in any safe location that’s usually situated near their favourite food source and water. Their lifespan is only about a year. They have the ability to breed at a few months of age. Gestation lasts for 21 to 22 days. Within this short time span, one female rat can produce up to seven litters annually, each containing six to 22 young.

Wild rats are aggressive, active, and flexible; nevertheless they have been domesticated as far back as the 17th century. The perceptions of rats are highly sophisticated, and their ability to climb, jump, burrow and gnaw gains them entry to areas inaccessible to other mammals. There are two basic types of rats, the black or roof rat and the Norway or brown rat. They differ in size, habits, food preferences and regions. Black rats are 8 inches long and have a tail longer than its body and brown rats are 10 inches long and have a tail shorter than its body.

Like all other rodents, they are socially unacceptable mammals because of the problems they’ve caused mankind throughout recorded history. They spread diseases, damage structures and contaminate food and feed. They carry diseases potentially deadly to man, such as Weil’s disease, plague, salmonella food poisoning and toxoplasmosis. They can cause serious structural damage to buildings, pipe work and wiring systems by their constant gnawing.